According to Transfero, bitcoin correction was expected

According to Transfero’s team of experts assessment, the important thing is that the support at US$ 57,200 has not been broken; check out the details

After hitting an all-time high last week, passing US$ 67,000, the correction came up and sought to hold support at US$ 57,200, as the Transfero team had already pointed out last week. This generated new buying opportunities. 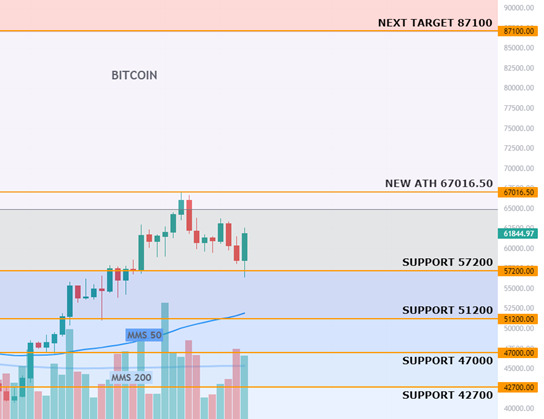 “In technical terms, this correction can be explained by the high level of the Fear & Greed index (a sign of high ‘greed’ in the market) and also by the RSI index (Relative Strength Index), which reached 78.20 points. Thus, it indicates that the market would be overbought; that is, the bitcoin price would be higher than what is considered “fair”, strengthening the support to the correction”, evaluated the analysts from Transfero. Furthermore, they explained that, despite the correction, the bullish movement is still showing strength.

The chart below, which shows the volume of buy/sell options, shows that more than 60% of the volume is calls, a sign that the market is confident in the uptrend. In this scenario, the next target would be to return to the All Time High mark, breaking that resistance. As a result, according to Transfero, bitcoin could gain momentum so that by the end of this year, it could reach the US$ 87,100 mark. To this end, the support at US$ 57.2 is of great importance so that there is no rapid reversal in the trend in the short term. 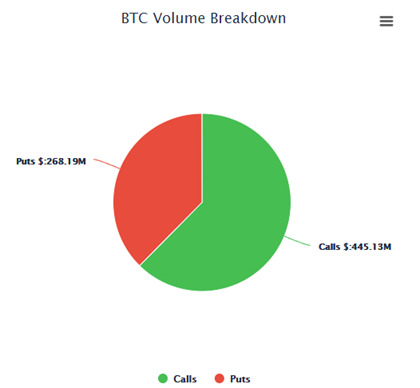 According to Transfero, bitcoin’s dominance is still above 45% of the market. However, if it begins to drop and reaches below 40%, it will be a sign that the altcoin market is on an upward trend, and we may be witnessing the famous “Alt Season”.

“In this scenario, the main altcoins start to have a rapid appreciation. Generally, Etherum leads this uptrend”, says the analyst team at Transfero. 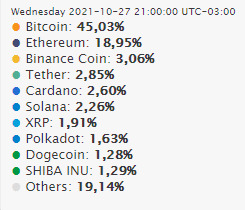