Asset managers are among the largest bitcoin holders in the world

In the top 10 bitcoin-holding companies are managers such as Grayscale and MicroStrategy, business analytics firm

Who, among companies, has more bitcoins in the world? Last week, Tesla announced the purchase of US$ 1.5 billion in bitcoins. Elon Musk’s company adds to other institutions that have cryptocurrency reserves. It represents 7.7% of the company’s cash reserves in the fourth quarter of 2020.

The most prominent advocate who defends companies should have bitcoins in cash is Michael Saylor, founder of MicroStrategy. The business analytics company now has 71,079 bitcoins, according to Bitcoin Treasuries data. It equates to more than US$ 3.7 billion according to the exchange rate on the day this report was written. The company reached that total after buying 295 bitcoins in February.

Showing that his interest in bitcoin is also personal, the company’s founder said he had in October 2020 17,732 BTC.

The market predicts Tesla’s decision could spur other large companies to follow the same path. There are already those who talk about the support of names like Apple and Amazon.

Another company that makes up the top 9 is Galaxy Digital Holdings; a commercial bank focused on crypto. The institution, established in 2018, has 16,402 bitcoins.

However, the list also includes investment funds. The main one is Grayscale Investments. According to DeCrypt, Grayscale has the most extensive bitcoin portfolio among institutional investment platforms. Its Grayscale Bitcoin Trust, for example, manages more than US$ 30 billion in bitcoins. Grayscale controls 656,166 bitcoins, meaning the company has more than 3% of the total bitcoin stock in its custody.

With 69,730 bitcoins, CoinShares Group secured its place on the list. Although it is a considerable amount compared to Grayscale, its bitcoins account for far less than the total market share: just over 0.3%. A recent speech by CoinShares CEO gave an example of the change in the companies’ mindset regarding bitcoin. “Investors used to consider a risk to allocate (resources) in bitcoin. Now, it is a risk not to allocate in bitcoin”, the executive said in a statement.

Meanwhile, in England, Ruffer Investment Company has 45 thousand BTC. The company allocated 2.5% of its Multi-Strategies Fund in bitcoin in December 2020. At the time, the company argued that cryptocurrency would be a policy of protection “against the continued devaluation of the world’s major currencies”.

The Canadian manager 3iQ controls 23,363 BTC. The manager – who owns a Canadian dollar-backed stablecoin — has a bitcoin fund, which began trading on the Toronto stock exchange in April 2020. And it arrived at the Gibraltar Stock Exchange in September.

ETC Group Bitcoin’s ETP is tied to a fund that has 13,438 bitcoins. ETPs are financial products that track the performance of an asset or financial instrument.

Another fund that has been betting on bitcoin is the Bitwise 10 Crypto Index Fund. Although recent — it was released in December 2020, it already has 11,430 BTC in its wallet. First crypto exchange-traded fund in the U.S., it tracks the top ten cryptocurrencies, and investors can buy stocks representing these tokens. 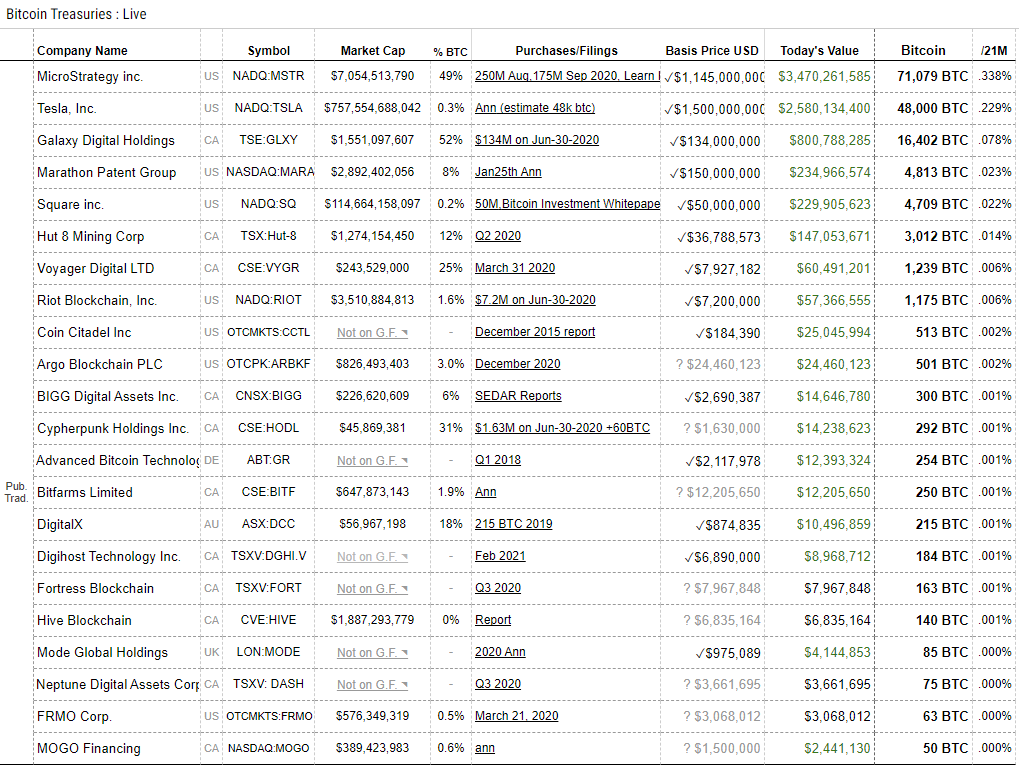 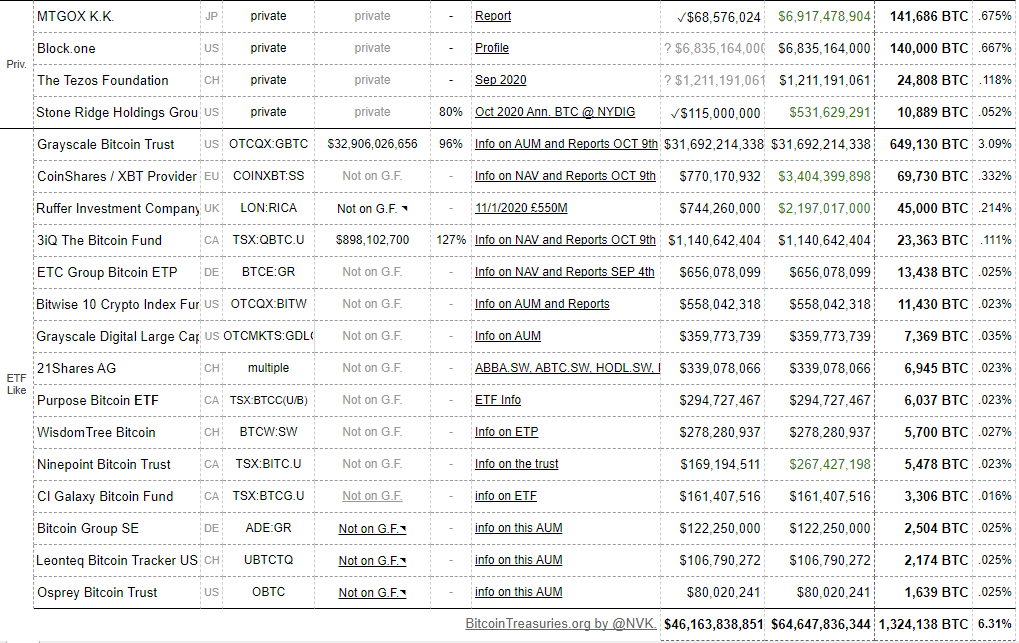