Bitcoin continues to rise and can surpass silver

According to Transfero’s technical analysis, bitcoin’s bullish move can make the digital currency to surpass silver

The bullish move of bitcoin, already pointed out by the Transfero team a few weeks ago, is currently being confirmed. In recent days, according to technical analysis, it is possible to note the formation of an ascending triangle in the chart. 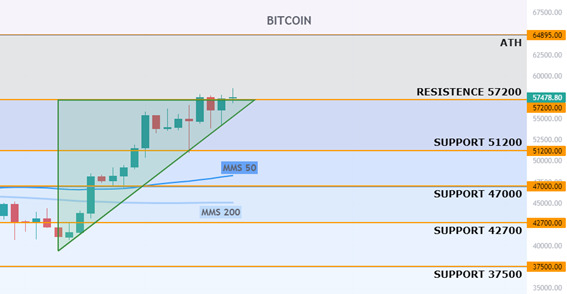 As already pointed out by Transfero in previous weeks (check the bitcoin analysis history), this triangle is composed of a Bullish line, which is drawn connecting the ascending bottoms and a Resistance line.

The bullish line indicates a growing buying force and also serves as support, since it warns of a possible trend break if it is ruptured. The resistance line, on the other hand, represents a selling force that prevents the barrier from being broken.

“If the burst of the resistance line with volume is confirmed, bitcoin will gain strength and could renew, in the coming weeks, its ‘All-Time High’, which today stands at US$ 64,895”,  highlights Transfero experts.

According to Transfero analysts, another aspect supporting this bullish movement is the growing dominance of BTC in the crypto market. On October 11th, the digital currency reached the level of 46.38%, the maximum of the last two months.

Finally, Transfero points out that bitcoin is in the eighth position of the global market cap. This bullish move, according to analysts, can lead the cryptoasset to surpass silver. 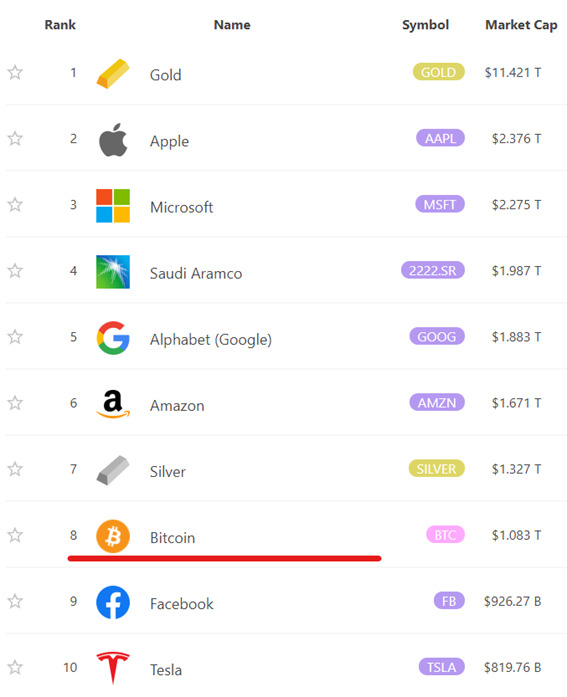