Bitcoin’s downtrend has reversed, and Transfero believes the next level for the currency is US$ 47,000 - provided it has maintained support at US$ 42,700

As highlighted last week, the US$ 37.5 thousand support was crucial for a possible reversal of the downtrend in the near term. “If there is a breakout with volume, the BTC price could start a new bullish streak”, said the Transfero team on February 3.

Buy bitcoin and other cryptoassets quickly and easily at Transfero Crypto

As the chart above shows, you can see that the Bearish Channel was broken with volume, which caused the price to promptly reach the US$ 42.7 thousand range, indicating the reversal in the near term.

“It is worth noting that even after the news that US$ 3.6 billion in bitcoin had been seized by U.S. authorities, which could result in a sharp market drop due to a possible liquidation, BTC showed resilience and maintained the bullish movement”, the analysts pointed out.

According to Transfero, the leading news that restrained a possible falling trend was the official announcement that the government of Russia would not ban cryptocurrencies in the country and it intends to regulate the industry. 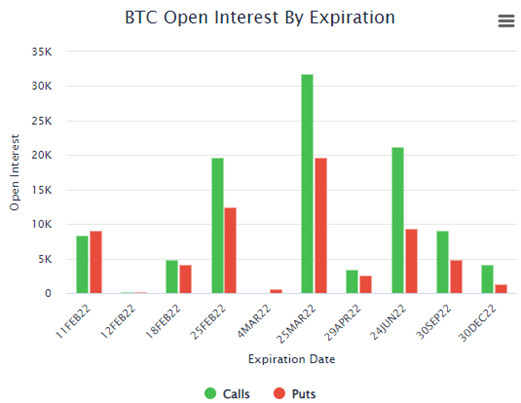 The bullish movement has caused interest in Call Options on upcoming maturities to increase considerably over Puts. In addition, the Fear & Greed index reached the highest level over the last two months, indicating that investors are regaining more confidence in bitcoin.

In this bullish movement for BTC, the next target would be US$ 47,000. “However, it is important to watch out for possible small corrections. The US$ 42.7 thousand support should be the main level to avoid a sharp fall”, Transfero warned.

Trade bitcoin and other cryptoassets at Transfero Crypto with deposit and withdrawal in Reais.