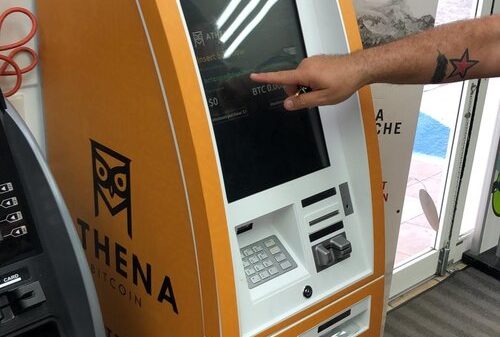 Athena Bitcoin plans to invest more than US$ 1 million to install 1.500 bitcoin ATMs in El Salvador gradually. The equipment will be installed mainly where residents receive remittances from abroad. ATMs can be used to buy bitcoin or sell them for cash.

The company will also open an office to conduct operations in El Salvador. In June, the Central American country became the first country to adopt bitcoin as legal tender. The change takes effect in September 2021.

A year ago, Athena installed its first cryptocurrency ATM on El Zonte beach in El Salvador, about 49 km (30 miles) southwest of the capital San Salvador, as part of an experiment called Bitcoin Beach to make the town one of the world’s first bitcoin economies.

Do you want to know where there are bitcoin ATMs in Brazil? See this map