Crypto regulation, the potential of blockchain games, the transition to Web3.0 and the ways in which the city of Rio de Janeiro is fostering innovation were highlighted at Rio Info 2022

The regulation of the crypto asset environment is welcome but must focus on maintaining business freedom and simplifying processes. The reasoning was exposed by Transfero’s CFO, Carlos Eduardo Russo, during the Rio Info 2022 panel ‘Digital Assets: the key to a global financial system based on freedom and autonomy‘.

Carlos Russo emphasized that regulation must evolve to make the crypto environment more accessible. Nowadays, behind every operation, there is a lot of bureaucracy to comply with.

“When you buy a BRZ, for example, Transfero registers the purchase of the currency, registers the exchange, does a whole bureaucratic part, which is laborious and expensive. Brazil is one of the few countries that need to register an exchange contract; this goes back to the 1940s. I think that, in the future, legislation should move forward with the vision of simplifying the market and avoiding so much bureaucracy”. defended the CFO.

Freedom with responsibility should be the emphasis of regulation, Russo added. It should not be so difficult to send money to someone in Argentina or Japan, for example.

“The idea is to transact money as freely as you transact information”. He argued that if you send information by email or WhatsApp, you can also send money all over the world.

The CFO of Transfero dedicated part of the panel to explaining the differences and the degrees of the stablecoins risks. Guilherme Murtinho, CMO of Transfero, talked about the launch of ARZ, pegged to the Argentine peso, which allows the population to send abroad their currency, in the form of a stablecoin, without so much bureaucracy. As a result, the peso becomes internationalized in a country with so much control over the dollar. 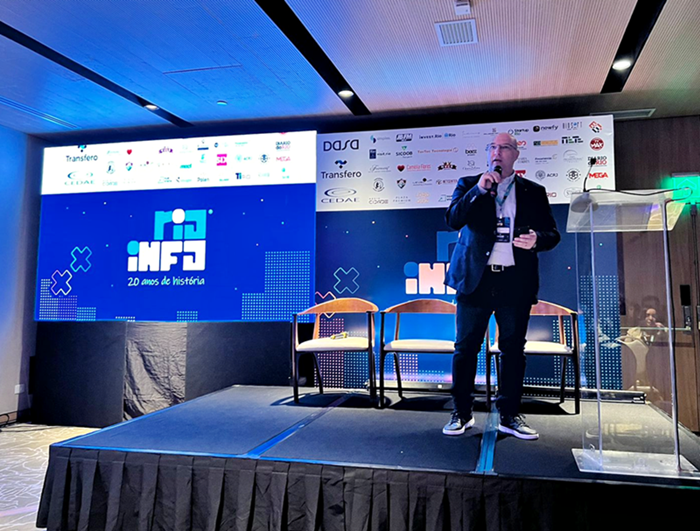 Rodrigo Stallone, the new director of Venture Capitals at Transfero, spoke in the panel ‘Rio, a Crypto City and Maravalley Project’, about the vocation of the city of Rio de Janeiro to be a crypto capital or capital in innovation. He mentioned Porto Maravalley, which will bring together startups and students from IMPA (Institute of Pure and Applied Mathematics) in Porto Maravilha, an area being revitalized by Rio’s City Hall.

Stallone, who recently left the post of CEO of Investe.Rio, of the City Hall, told how difficult it was to bring to the city the Websumitt, a major technology event, which will take place in May 2023, also sponsored by Transfero. According to the executive, the event, which brings together more than one hundred countries, should generate an impact of R$ 1.2 billion for the city.

Web3.0: an impact similar to the arrival of the Internet

In the panel ‘Blockchain and Venture Capital’, Dan Yamamura, founder of Fuse Capital, approached the importance of the Web3.0 era. For the executive, the transition to Web3.0 will be as profound and impactful as the advent of the Internet.

“We are in a phase of transition to Web3.0, which will hatch out the golden goose of those who started back there, such as Amazon, Meta, and Microsoft itself. We are living a phase as grand as the arrival of the Internet and the impact it has brought to our lives”, said Yamamura.

Fuse owns the Field Capital 1 fund, which has half of its assets invested in Web3.0 and half in other technologies and has already turned over US$25 million. The asset manager is now launching Fuse Capital 2, which is entirely focused on Web3.0, or Web2.5, as Yamamura calls the transitional phase. The fund is expected to move US$50 million.

The importance of owned media

In the panel “Owned media for new market segments and use cases”, Bruno Costa from Barões Digital Publishing approached the growth of the owned media concept, through which the company produces and distributes its content, reinforcing its authority and relevance in the market. 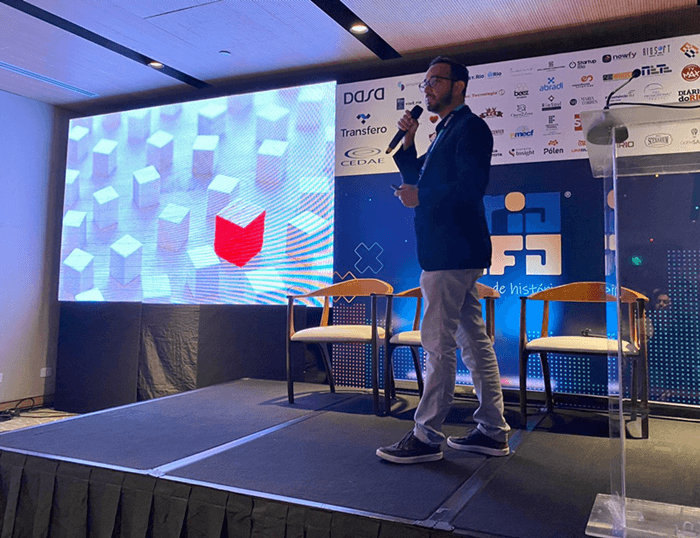 Among the hubs created are those of PanoramaCryto, from Transfero, ENGIE, Safra Bank, Dom Cabral Foundation, MRV&Co, among others.

“This is a point of no return. The companies transform their brand into a media outlet, becoming a reference in the sector”, defended Costa.

One of ‘Barões’ cases, PanoramaCrypto is a content and education hub that brings news not only from the company but from the entire market. Created in 2018, the site has already been visited by 2.7 million people, has 1,670 texts with published content, and a newsletter with 6 thousand subscribers.

The advance in blockchain games

For Gab Araujo, director of New Business and founder of Universus, the games are a more “hands-on” way to bring the concepts of Web 3.0 to the general public.

“The game is a practical experience in the Web 3.0 environment. So why are games the coolest gateway to the Web 3.0 world? Because the user sees in a short period the result of each decision he will make in the digital environment”, said Araújo.

Gab Araújo and Matheus Freitas explained that a differentiated economic model is adopted, in which all the income with NFTs goes to a Treasury, which reinvests in the game. The creation of each game mobilizes a team of 34 people. The first Universus game was released in October. They are gearing up two more games to be released by 2023.

“There are already buyers of NTFs, even without the games being released”, revealed Gab Araújo. The expectation is to move US$2 million with the next games.

“We believe that in the future, in five to ten years, most games will have NFTs and tokens. Giving real ownership of game items and coins means respecting the player’s investment in time and money. This way, players can sell and buy freely on the secondary market”, said Araújo.

Universus is a game created with Take4Content, Transfero, and Você Sabia channel. The games focus on the democratization of access to tokens and NFTs.

Diego Braga, from Unisuam, talked about the university’s Pólen Innovation Hub, geared towards entrepreneurs and startups, with a team of national and international multidisciplinary professionals. The goal is to transform ideas into profitable businesses, especially for low-income strata.

Pólen’s manager said he is looking for partners for the project, which has a strong social appeal. Recently, a partnership was established with WS to train 50 young people in cloud technology.

“Unisuam is located in Bonsucesso, a neighborhood surrounded by slums such as Complexo do Alemão, Manguinhos, and Jacarezinho, communities in social vulnerability. Our function as a university is also to guarantee our social role. Pólen will provide the labor force for the entire structure of the crypto revolution”, said Braga.