El Salvador: learn more about the country that approved the use of bitcoin

Although the “Bitcoin Law” has faced resistance, El Salvador upholds the decision; learn more about the country's history, politics, and economy

El Salvador has become the first country to accept bitcoin as legal tender for several reasons, including political and economic ones. With a troubled history marked by several coups d’état and civil war, the small Central American country has a fragile economy. Since 2001, it has adopted the dollar as its official currency.

Thus, the decision on the use of bitcoin, despite being questioned by some Salvadoran Deputies and facing resistance from the World Bank, brings to the population an alternative to escape the high bank fees and allow greater access to the financial system.

Coups and a civil war marked the history of El Salvador

The history of El Salvador throughout the 20th century includes successive coups d’état, fraudulent elections, repression of the opposition, and episodes of human rights violations. This scenario eventually triggered a civil war that lasted twelve years (1980-1994). Its climax occurred when ultra-right groups assassinated the Archbishop of San Salvador, Oscar Romero, who advocated democracy.

In 1981, the unification of several guerrilla groups in the Farabundo Marti Front for National Liberation (FMLN) launched its first offensive. At the time, the United States provided financial and military aid to the Salvadoran government.

In 1989, the FMLN began a new offensive against the government, while the Nationalist Republican Alliance (ARENA) candidate, Alfredo Burkard, won the presidential elections.

The peace agreement was signed in 1992. As a result, the FMLN abandoned its weapons and contests the elections, but the conflict caused more than 75,000 deaths. The right-wing ARENA party remained in power until 2009 when FMNL elected Mauricio Funes.

The FMLN was also the party from which the current president of El Salvador, Nayib Bukele, was elected – although today he belongs to the New Ideas party, of which he was a founder.

Bukele, who is only 39 years old, was born and raised in this context of war and lack of democracy. Considered a young millennial, he promoted the approval of the so-called Bitcoin Law, presented to the world with a bias of modernity and improvements for the population’s access to the financial system (today, about 70% of Salvadorans do not use traditional banking services).

However, the same Bukele has also been the protagonist of episodes in which he used authoritarianism, putting El Salvador’s democracy in jeopardy.

In the face of so much political instability, the country’s economy has become more fragile. As a result, many citizens have taken refuge in other countries and now help their family members who have stayed behind by sending dollars (subject to all transaction fees) or using cryptocurrencies. Informally, bitcoin was already a means for Salvadorans abroad to send money home.

Also, because of poverty and other issues, violence in El Salvador has grown, motivated primarily by drug trafficking. So one of the problems for people who receive remittances from abroad has even been criminals near ATMs, trying to steal the money they have withdrawn.

In the country, almost half of the inhabitants live below the poverty line. The economy is based on the cultivation and export of coffee, sugarcane, and shrimp. 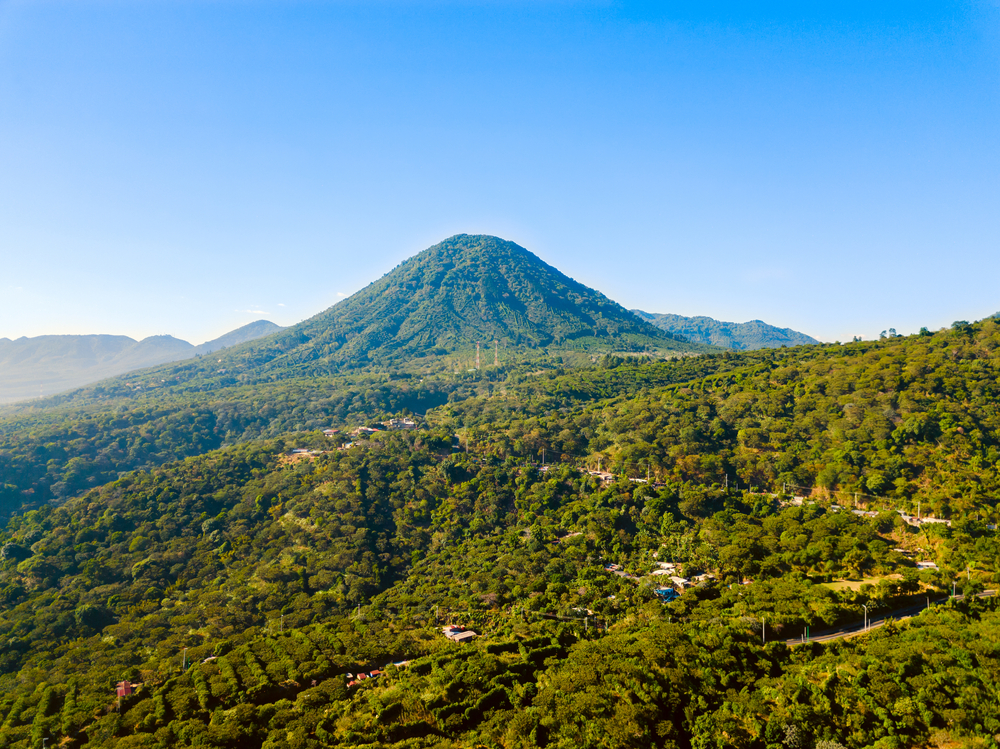 Despite being located in Central America, El Salvador is the only country in the region that does not have a coastline on the Caribbean Sea, but on the Pacific Ocean. After the civil war, it became trendy among surfers because of the temperatures and good waves. The surfers’ village El Tunco, located 35 km from the capital, has a rough sea, with ideal conditions for surfing.

In addition, El Salvador has several natural beauties, with tropical forests and volcanoes. One of the famous sights in the region is Lake Coatepeque, formed in the crater of a volcano. At 26 km², the lake has hot fountains scattered on its shore and houses the island of Teppan, a Mayan place of worship.

With about 700 volcanoes (of which 26 are active) in its territory, power generation in El Salvador is mainly derived from geothermal sources. Bukele has already disclosed his intention to mine bitcoin at the state-owned energy company, LaGeo. On June 9, he asked the company to prepare a plan for bitcoin mining in the country.