Five hedge fund managers who are investing in bitcoin

Attributes of the leading cryptocurrency have increasingly attracted more hedge fund managers; learn who the main ones are

Despite the volatility that bitcoin has been experiencing since mid-April, the market-leading currency had a 21% appreciation against the dollar in the first half of this year. Good performance has attracted more and more hedge fund managers to bitcoin. They believe that cryptocurrency is a safe strategy to preserve assets against inflation.

An example of this happened last year, when Wall Street billionaire Bill Miller stated, according to Forbes, that he strongly recommends bitcoin as a strategy to escape from the devaluation of other assets, including gold and dollar. Soon after, according to the publication, American investor Stanley Druckenmiller also said he considers the currency an alternative for a store of value. For them, bitcoin is an “emerging hedge against inflation”.

They are hedge fund managers who are keeping an eye on bitcoin. According to Valor Econômico, hedge funds, whose goal is to protect investors from certain fluctuations in the market, plan to significantly increase their exposure to cryptocurrencies by 2026. Take a look at who also believes that bitcoin is an opportunity in this regard.

The billionaire hedge fund manager, who has compared bitcoin to gold (considering its valuation in the 1970s), said that his BVI Global Fund, with assets worth US$ 22 billion, may have exposure to bitcoin in the future. 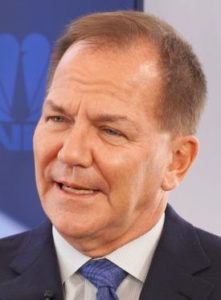 Paul Tudor Jones II founded Tudor Investment Corporation, which now manages about US$ 9 billion in assets. Last year he allocated 3% of his portfolio to bitcoin and recently stated that he wants to have 5% in cryptocurrency.

The British billionaire co-founder of Brevan Howard and hedge fund manager also made significant investments in cryptocurrencies. In February 2013, Forbes listed him as one of the 40 highest-profit hedge fund managers. In 2014, he was ranked 53rd on the British Sunday Times Rich list, and in 2019, his net worth was US$ 1.6 billion.

Ray Daio, also a hedge fund manager, has recently stated that bitcoin can be a store of value. Founder of Bridgewater Associates, he shows concern about the dollar’s devaluation, which makes crypto-assets even more interesting. 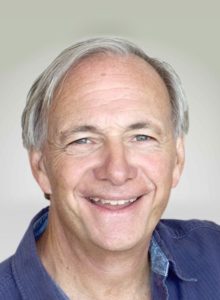 Managing the world’s largest hedge fund, Dalio has US$ 101.9 billion of assets under his management. “I prefer bitcoin to a bond”, he told Coindesk.

Quilter Cheviot Investment Management’s CEO believes hedge funds are “aware not only of the risks but also of the long-term potential of bitcoin and other cryptocurrencies”, according to the Financial Times.

The group, which manages US$ 55 billion, will target investments in areas such as blockchain technology, payment systems for digital currencies, and stablecoins.