Stock-to-flow: model is based on the programmed scarcity of the bitcoin

The stock-to-flow pricing model, originally used for gold and precious gems, shows the relationship between the total stock and the marginal supply entering the market.

Surely, you have already heard about the comparison between gold and bitcoin, right? The reason is that both are finite resources – bitcoin has an emission cap. Therefore, the stock-to-flow financial model is interesting to analyze the bitcoin investments in the long run.

“The model predicts the correlation between prices and scarcity. As demand is growing, the currency becomes increasingly scarce, which raises its price”, says Transfero Swiss’ Director of Products and Partnerships, Safiri Felix.

The analysis method was designed by the economist, trader, investor and researcher Philip Swift, but its adaptation for the cryptoasset market was made by the mysterious  analyst Plan B.

Even though it may not be entirely accurate, the chart is considered an interesting tool for predicting cryptocurrency appreciation. 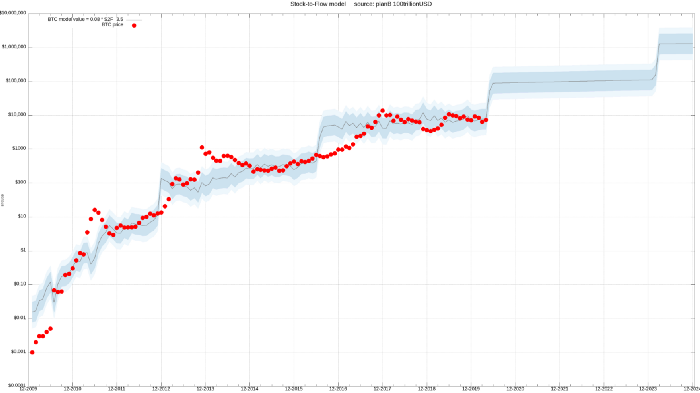 Have a better understanding of the stock-to-flow model

The analysis strategy is based on the relative price of a scarce commodity with its additional production; that is, the rarer it is, the higher the value. The idea comes from other markets, such as gold, silver, and precious gems. Since these are finite resources, the scarcer they are, the more they are valued.

Similarly, the bitcoin is a digital asset that tends to become scarce. Each time there is a halving, for example, the issue of new currencies is cut in half. In addition, its emissions limit has been set at 21 million – and today, almost 19 million of the cryptocurrency have already been mined. That is, it is close to its maximum limit, which indicates that its relative scarcity will gradually increase.

Although there are other valuation methods, Safiri considers that this model is an interesting way of analyzing bitcoin’s performance, at least throughout this cycle. “In the last cycle, after the halving of 2020, the stock-to-flow chart worked very well, pointing to a large appreciation of bitcoin, which actually happened”, Safiri points out. “Following this trend, with the increase in global liquidity and the current context, it is possible that bitcoin will reach US$ 100,000 this year”, he adds.

Weaknesses of the stock-to-flow model

Taking the model’s predictions out of the sample to the extreme, you can see that at some point the market value of Bitcoin will be close to Gold and a single person who owns 100 BTC will have approximately $ 50 million, which may seem elusive to some, considering the Bitcoin values that some companies have already accumulated.

The model, however, should not be taken as an absolute truth of bitcoin price behavior. According to the Research team at Transfero, despite obtaining excellent forecasts until today, by Efficient Markets Hypothesis (Efficient Markets Theory), the price should immediately reach what was suggested for the future, discounting the risk-free rate to present value. “For these reasons, this model is not and should not be used as a single reliable forecasting model for the future price of Bitcoin.”, Says the company’s report.