The Central Bank publishes a statement banning the offering of digital currencies by financial institutions in the country. 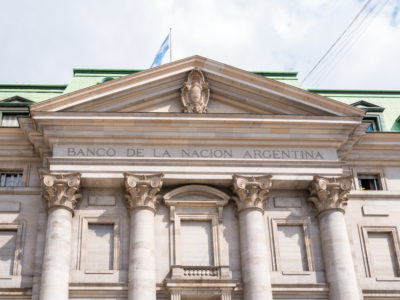 Argentina has decided to ban banks from offering crypto-related services. According to the country’s Central Bank, financial institutions cannot operate the buying and selling of digital currencies.

The announcement was made last week and came shortly after Argentina’s biggest private bank, Galicia, announced offering crypto asset trading to its clients.

Two Argentine banks were affected by the Central Bank’s announcement. As a result, the ban may reduce the growth of digital currency adoption in the South American country.

Recently, the Galicia bank announced the offering of crypto assets to customers. The institution intended to operate the buying and selling of digital currencies such as bitcoin (BTC), ether (ETH), USDC, and XRP.

In addition to Galicia, the digital bank Brubank has also been affected by the crypto assets ban announcement. Until then, the two banks were the only ones in the country to integrate digital currencies.

But with the new rule published by the Central Bank of Argentina, the banks are expected to back off from offering digital currencies to customers. Currently, the South American country is considered one of the top ten globally regarding crypto assets adoption.