After a failed attempt to resume a bullish trend, when the price rose approximately 20%, bitcoin returned to the downtrend

This week’s graphic analysis of bitcoin (between September 16 and 22) focuses on the weekly period, which has a medium-term horizon. From this perspective, it is possible to identify a consolidation of the asset price in the region of US$ 18.5 thousand to US$ 24.5 thousand.

From this perspective, as the trend is still bearish if there is a breach of the lower level mentioned, there is a possibility that the BTC will reach the region of US$13,000, which is seen as the next barrier.

In the view of Transfero’s research team, if this does not happen, there is still the possibility of the formation of a double bottom, which would reverse the current downward movement to a high, causing the bitcoin price to return to the upper levels of US$25,000 to US$30,000. 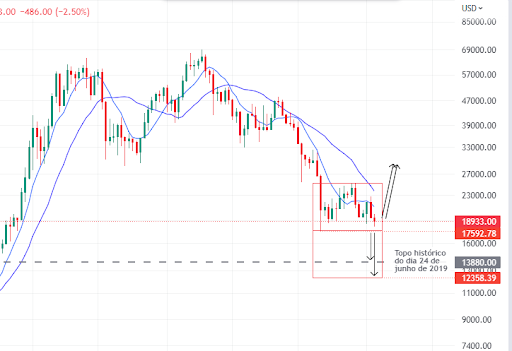 “If we consider the Fibonacci projection from previous analyses, with the loss of the second target, which is at US$17,000, the asset should seek the third target, seen in the US$8,000 zone, a level that has not been reached since April 2020”. 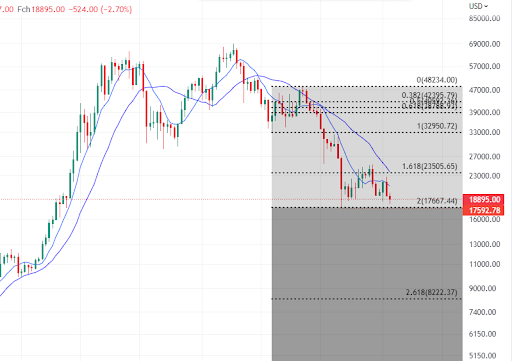 Finally, according to the daily chart, bitcoin follows in an attempt to lose the support established at US$18.5 thousand. “After having thwarted an attempted bullish rebound, when it rose approximately 20% (between September 7-12), BTC has returned to the base of the rectangle, as highlighted below”, the analysts pointed out. 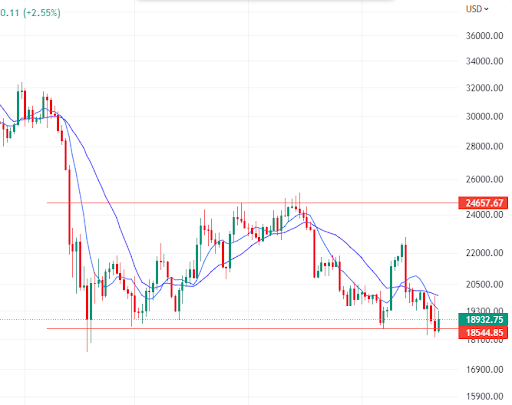