Estonia, a country opposed to bureaucracy and with intense digitization

In Estonia, technology is fully integrated into people's lives; public services are digital, and the country has the highest number of unicorns per capita in Europe

With only 1.3 million inhabitants, Estonia, which was part of the Soviet Union until the early 1990s, is known as the most digitalized country in the world. After joining the Western bloc, its modernization was quite significant. Currently, almost all public services are digital, and Estonians hold even the right to vote over the Internet (since 2005).

In addition, there is a stimulus program for startups and innovation, which means that Estonia has the most significant number of unicorns (companies worth over US$ 1 billion) per capita in Europe. “Digitalization actions eliminate bureaucracy from citizens’ lives, which brings amazing efficiency gains”, highlights Transfero’s CEO, Thiago Cesar, who currently lives in the country and did the e-Residency program in 2018.

“E-Residency is a digital identity that aims at integrating the country with the global business world. In other words, people from all over the world, who have good ideas or good initiatives can establish companies here quickly, non-bureaucratic and safe, even from the legal aspect”, explains Thiago.

This identity is not the same thing as citizenship. Still, it is a tool that allows the possibility of opening a company within the European Union, have a bank account, and sign documents, entirely online.

Since the program was created, 16 thousand companies have been set up, and Estonia currently has 80 thousand digital residents. Of these, 725 Brazilians have Estonian digital residence, and 122 have companies in the country.

On the occasion of the program’s start, the Estonian government made an official statement: “While some countries drive people out, Estonia brings them in. What kind of problems can e-Residency solve for an entrepreneur? Let’s say you are a freelance writer in Ukraine and need to receive international payments. e-Residency allows you to do that. Or maybe you have a startup in India and need investment from other countries to help scale internationally? e-Residency allows it”.

Recently, the program arrived in Brazil, and now it is possible to do the whole process to request e-Residency in São Paulo. “Estonia is the world’s first digitally transformed State. We are pleased to welcome even more freelancers, entrepreneurs, business owners, and self-employed workers from around the world to join our e-Residency program”, President Kersti Kaljulaid said in a statement to Exame magazine.

Digital nomads benefit from the program

The Baltic country also attracts so-called digital nomads, as it is allowed to work (legally) remotely. With the pandemic, which brought up the need to rethink remote work, Estonia has changed its legislation to create a new visa, allowing you to stay for a year (while the tourist visa in Europe is only three months).

Until then, those who intended to work remotely in the European Union did not have a specific condition. It was necessary to obtain a tourist or work visa to stay legally.

In addition to digitization and its openness to entrepreneurship and innovation, other features draw the world’s attention to the small Baltic country.

“Some governments have sought to use blockchain to improve the efficiency of bureaucratic issues. As Estonia is a small country with a homogeneous population and a high educational level, this was much simpler”, says Thiago.

From a technical point of view, blockchain increases efficiency, provides data protection and transparency. In Estonia, changes have come from digitization, eliminating bureaucracy while increasing the security of records through e-Government strategies.

“Estonia is becoming a hotbed of innovation due to the changes, both in Europe and worldwide”, says Transfero’s CEO, who chose the country precisely because it supported entrepreneurial initiatives, which allow exploring the European market, with Estonia as a base. 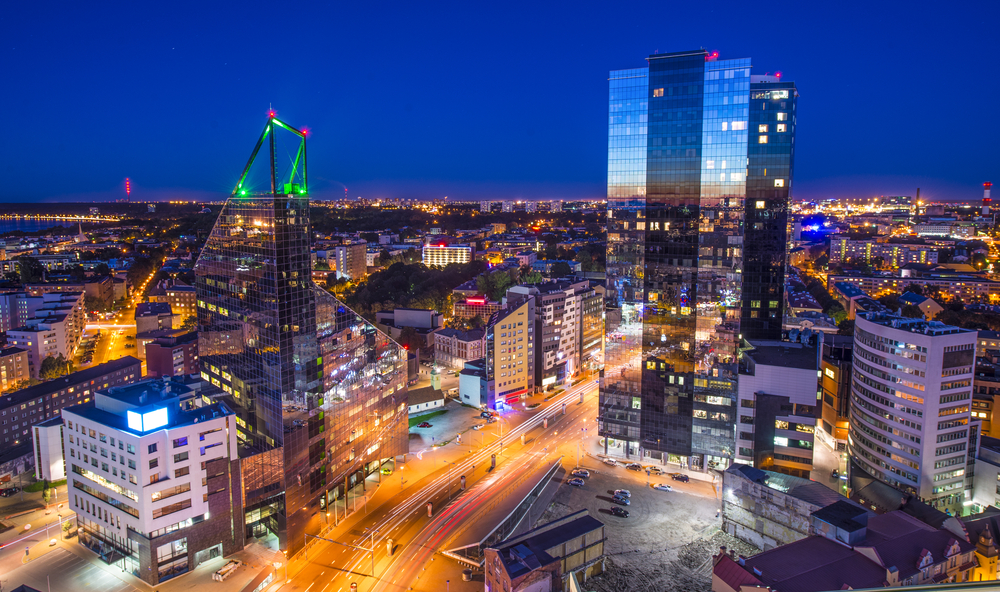 Many companies that have sprung up in Estonia, such as Transferwise and Skype, have already become global. Besides, those who are not entrepreneurs can find good job opportunities in the country even if they do not speak Estonian – after all, there are based companies from all over the world!

According to the 2018 (latest available) ranking of the Programme for International Student Assessment (Pisa), the country has the best education in Europe (and the West).

“Education is valued by society, the access is universal and free, and there is broad autonomy (of teachers and schools). Estonians believe that education opens up a wide range of possibilities”, the country’s Minister of Education and Research, Mailis Reps, told BBC News Brazil.

Since 1997, Tallinn’s Old Town has been considered by UNESCO to be one of the best-preserved medieval towns in Europe. In addition, throughout the country, there are historical sights of great interest, such as the submerged prison of Rummu or the outdoor car cemetery of Vanatehnika Varjupaik, which displays vehicles that circulated in the Soviet Era.

According to the World Health Organization (WHO), Estonia, along with Finland and Iceland, has the cleanest air in the world. More than half of the country’s territory (51%) is covered by forests.

The quality of life in Estonia has been improving year by year, and today the country has one of the best human development indexes (HDI) in the world.