On June 8, the main currency of the market fell again and is quoted at just over US$ 32,000; even so, the bitcoin price is still above last year’s value

Since the morning of June 8, the value of bitcoin has been falling. When this article was written, the drop was around 12%. One reason would be that former US President Donald Trump has criticized the digital currency and called it a “scam”.

“I don’t like bitcoin because it’s a currency that competes with the dollar. I want the dollar to be the world currency”, Trump told Fox Business a day earlier, according to Technoblog. But in addition to the effect of the former president’s comment, the fall also reflects expectations of new regulations in the United States, and China’s ongoing restraint on digital currency use and trade.

There is even talk of another issue that may have motivated the reduction in value. It was the sale of 69 thousand BTCs seized in illegal operations by the US Marshal. Despite this, the currency is still quoted above last year’s value – in December 2020, for example, it was below US$ 20,000.

Thus, for investors the scenario represents opportunity. MicroStrategy, for example, has just announced its intention to issue bonds to buy more bitcoin. According to the company’s CEO, Michael Saylor, this is a strategy to protect the company’s capital from inflation.

Bitcoin is a cryptocurrency created in 2009 by the legendary character of Satoshi Nakamoto, who months earlier released a whitepaper (A Peer-to-Peer Electronic Cash System) describing how it works. The concept he created (peer-to-peer, or P2P) means that financial transactions are made without intermediaries, such as banking institutions.

Some decentralized digital currency projects preceded bitcoin, but it was the first one to be used.

How to buy bitcoin?

Considering that bitcoin is the main cryptocurrency on the market, it is possible to buy it at almost any broker, both with fiat money and other cryptocurrencies.

How to invest in bitcoin in Brazil?

To invest, you need to have a wallet open at an exchange. You can buy in it any amount, in other words, you do not have to buy 1 bitcoin, but fractions of the currency are also allowed. The smallest fraction of 1 bitcoin is 1 satoshi, equivalent to 0.000000001.

It is possible to buy in real, bank transfer, credit or debit card, or another cryptocurrency, such as the BRZ.

In Brazil, the largest cryptocurrency investment fund managers are Transfero (which actively manages funds combined with gold), Hashdex, and BLP.

How to mine bitcoin?

The term mining comes from extraction – and that is exactly what happens with bitcoin, as each block is literally extracted from virtual environments. Miners are computers that are responsible for verifying, transmitting, and recording transactions on the blockchain.

It is virtually impossible to profit from mining on the bitcoin network by the processing power of a personal computer and a few video cards. Thta’s because mining is designed to be a complex process – and the difficulty only increases.

Thus, you need more computing power to invest in mining. Today, mining-specific equipment already exists that makes it virtually impossible to mine any other way.

How does bitcoin work?

The total supply of bitcoin is limited by its software and will never exceed 21 million currencies. This feature of scarcity is what guarantees its appreciation.

In addition, every four years (on average), bitcoin goes through halving, an event in which the mining reward is cut in half. When this happens, the impact is positive for the appreciation of the currency.

How to invest in bitcoin step by step?

How is bitcoin quoted?

The bitcoin quote is very similar to the price formation of a commodity, and the price rises or falls according to selling demand and buying demand.

Several factors can cause the price of bitcoin to rise, such as institutional adoption, hype, supply shortages, and loss of confidence in fiat currencies (inflation). It makes more people seek out crypto-assets, causing their prices to rise. On the other hand, restrictive regulation can make the price falls.

And where is the bitcoin price set? In the exchanges, where it is bought and sold. Thus, the bitcoin price is the last traded value. And there are no limits on days and times for trading crypto assets. In other words, there are updated quotes at all times, 24 hours a day, seven days a week.

How to track bitcoin quotes?

In effect, there is no single price of bitcoin. The price shown in some services, such as Coinmarketcap is a weighted average of the price on major exchanges in the market. Thus, there may be slight price differences between exchanges, allowing prices to be arbitrated between them.

There are services like Coin Trade Monitor that show what these arbitrage opportunities are and robots that also do this work. Using these data, someone can buy cryptocurrencies on one exchange and sell them more expensive on another, getting profit.

BRZ is listed on the eighth biggest exchange in the world

MicroStrategy wants to buy US$ 400 million in bitcoin 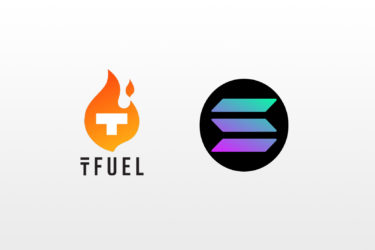 TFuel and SOL were the highest valuations of the week 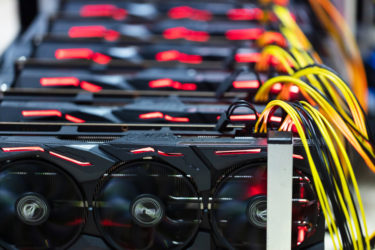 Myths and truths: after all, does bitcoin consume a lot of energy?