The crypto market is overheated by tokens representing play-to-earn games, which have registered huge appreciation even as the rest of the market is in downtrend.

Such is the case with The Sandbox (SAND), which has accumulated a valuation of over 841% in the past 30 days, according to data from CoinGecko. Moreover, in the last 14 days alone, the price of The Sandbox has seen a 212.7% increase through the SAND/USD trading pair.

About to officially launch a game on the market, the cryptoasset The Sandbox represents yet another project known as ‘play- to- earn’. According to the release schedule, The Sandbox’s game will be launched on November 29, 2021.

Cointelegraph says the game will be launched through an “Alpha play- to- earn” event, where The Sandbox’s metaverse will be partially opened to users.

Expectations are growing for the game The Sandbox, which could become a new Axie Infinity. As the market launch of the game approaches, the price of SAND has risen significantly in recent days. 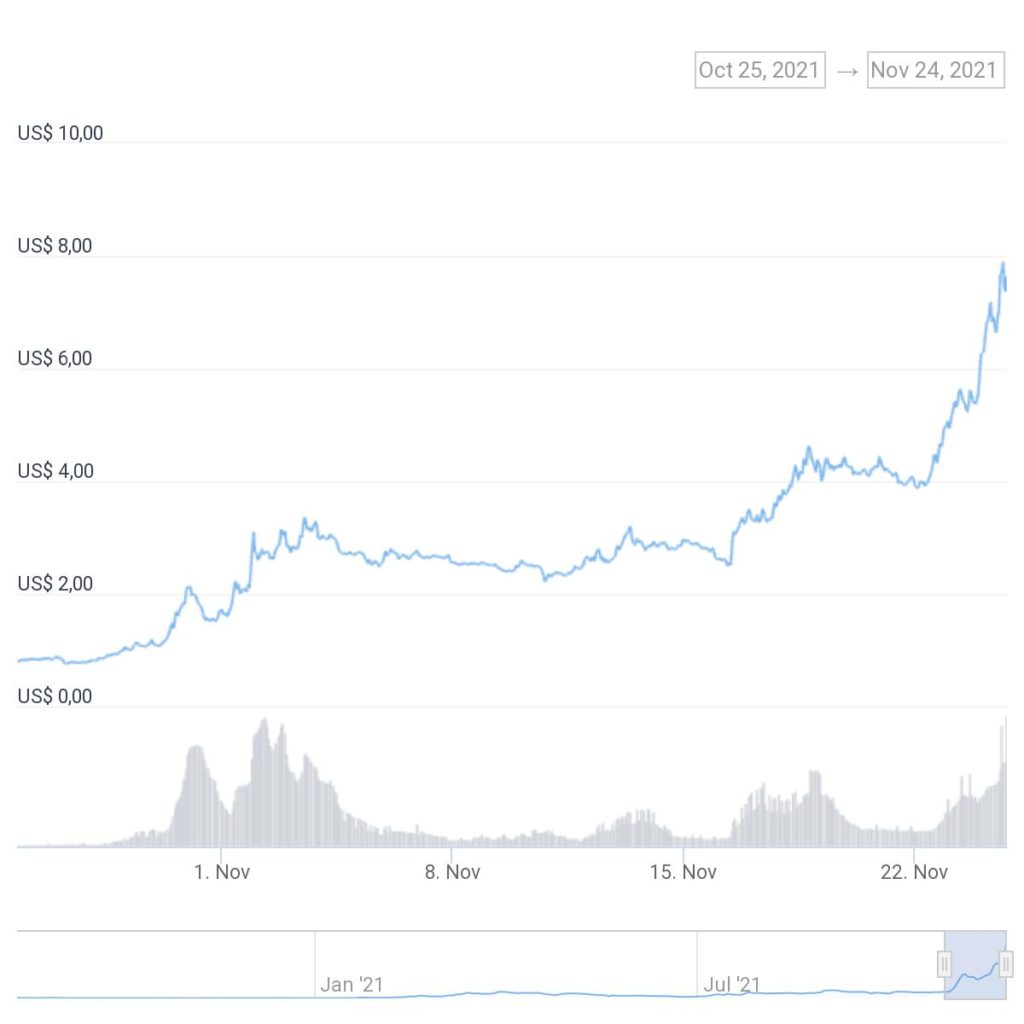 In the past 24 hours alone, The Sandbox has earned a 36% appreciation, according to CoinGecko. Currently, each unit of SAND is trading for US$ 7.38 on the market.

The cryptoasset The Sandbox started November being quoted at US$ 1.59 and has accumulated a valuation of over 841% in the past 30 days. With this wave of appreciation, for the first time, SAND has surpassed the US$ 8 level.

Last Wednesday (24), SAND was quoted at US$ 8.01 and registered a new record price on the market. Driven by the game’s release at the end of the month, since the beginning of 2021 The Sandbox cryptoasset has accumulated a higher valuation of 15,536%.