Who is Michael Saylor, the founder of MicroStrategy

Learn how the young man who wanted to be an astronaut ended up becoming an entrepreneur, executive and philanthropist and a great bitcoin enthusiast

Michael Saylor, like many young people of his time, wanted to be an astronaut. But life was in charge of changing his plans, and today MicroStrategy, the company he founded in 1989, has a market value of nearly US$ 2.8 billion. Besides, he also maintains an organization that aims to ensure free access to education.

Saylor was born in 1965 and, as his father was in the U.S. Air Force, the family moved from one airbase to another for years. Thanks to the Air Force, he obtained a scholarship to study at the famous MIT, the Massachusetts Institute of Technology.

There, he obtained a degree in both aeronautics and astronautics and science, technology, and society. He also learned to fly airplanes and became interested in the use of computer simulations in public policies and business strategies.

It was at this point that life began to change Saylor’s path. In an interview with SALT Talks, he said that there were two setbacks in the last year of MIT. With the end of the Cold War, the U.S. decreased its investments in the Armed Forces. In addition, he was mistakenly diagnosed as having a heart problem, which put an end to his dreams of flying jets and becoming an astronaut.

So he entered the business world, initially as an employee. His first job did not work, and he considered going back to college to get a PhD. However, when he was about to return to the academy, the opportunity to create his own company arose in his new job. According to him, his bosses “financed everything”.

So he decided he’d start the business, and if it did not work, he’d take the PhD plan back, which never happened. “That’s how I ended up in software area, it wasn’t my own deed, I really wanted to be an astronaut”, he says.

That’s how, at the age of 24, he founded MicroStrategy. The company started in the business by betting on new business intelligence solutions. Today, it also offers solutions with mobile software and cloud-based services. 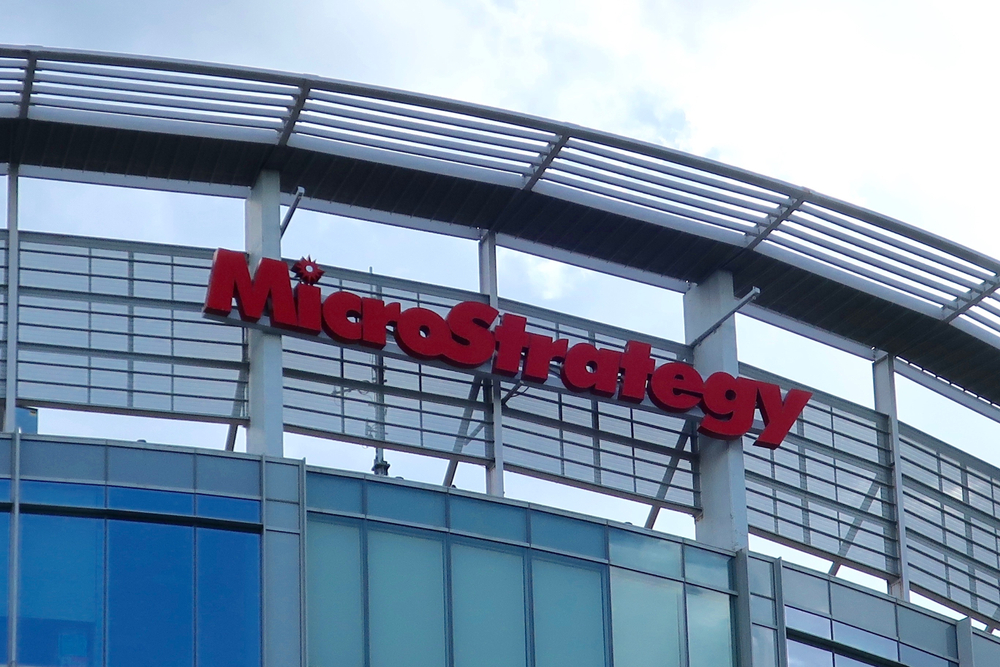 The innovations of the mobile universe, or mobile, already caught Michael Saylor’s attention in 2012, when he published his book. “The Mobile Wave: How Mobile Intelligence Will Change Everything” soon ended up on the New York Times bestsellers list.

Behind the book was the idea that software networks were dematerializing everything in the world. And it cites, for example, the money, the photos and the videos and even the cameras and recorders. “If the software dematerializes everything, then I can take a map and turn it into a magic map. And Google Maps is a magic map, it tells you where to go, how to go, the indications of where to go, it’s in your palm and even talks to you”.

He also compared the dematerialization of cameras with the emergence of smartphones, but mainly of social networks, and pointed out how new companies are worth much more than the traditional ones they have affected, such as Kodak. So he bought shares of Apple, Amazon and Facebook and was highly questioned. But the US$ 15 million of his own money he invested in these companies turned into US$ 500 million.

US$1 billion in bitcoins

But if it didn’t take long to bet on technology’s giants, with bitcoin, this process was a little slower. Today perhaps one of the strongest defenders of the cryptocurrency currency, he was skeptical back then when bitcoin appeared, which he called “online betting” in a tweet.

But when bitcoin survived the initial issues — such as taxation and a possible government ban — and the test of time, Michael Saylor revised his position. Today, he sees bitcoin to democratize access to resources and the protection of goods, especially in countries with currency problems. With this new vision, MicroStrategy announced the purchase of more than US$ 1 billion in bitcoins throughout 2020, according to Bloomberg.

From his MIT season, the executive also accumulated another learning: that quality education costs far more than people can afford. According to him, the savings the family has put together over the years would pay no more than four weeks of the course. Besides, he points out that in mathematics, for example, much of the concepts are already in the public domain, so he questions why the family must invest so much money in education.

“If you really want to solve the world’s problems, you need people with master’s and PHD degrees. And you need to teach people how to cure cancer and how to create rocket propellants. That’s not going to happen without education becoming much cheaper”, he explained in SALT Talks.

He then decided to offer free education in the fields of science, mathematics, and engineering. It is how Michael Saylor Academy was born. In the third quarter of 2020 alone, the organization enrolled 8.000 students